'Distinctive and Different' best described the AMC Marlin since there was nothing else like it on the road when it debuted in 1965. Dick Teague is responsible for this radical fastback design which evolved from a prototype known as the Tarpan. By 1966 the design had received subtle interior and exterior changes including the grille now has 13 very thin aluminum vertical strips behind the large horizontal color bar. The only option for 1966 was the vinyl roof. The Marlin was advertised as a '3+3' with its 2+2 body styling seating 6 people.

The engine is a 327 cubic-inch V8 that develops 250 horsepower, making it a competitor with the Mustang and the Barracuda. 4,547 Marlin's were produced.

Quote and images on this page from Conceptcarz.com 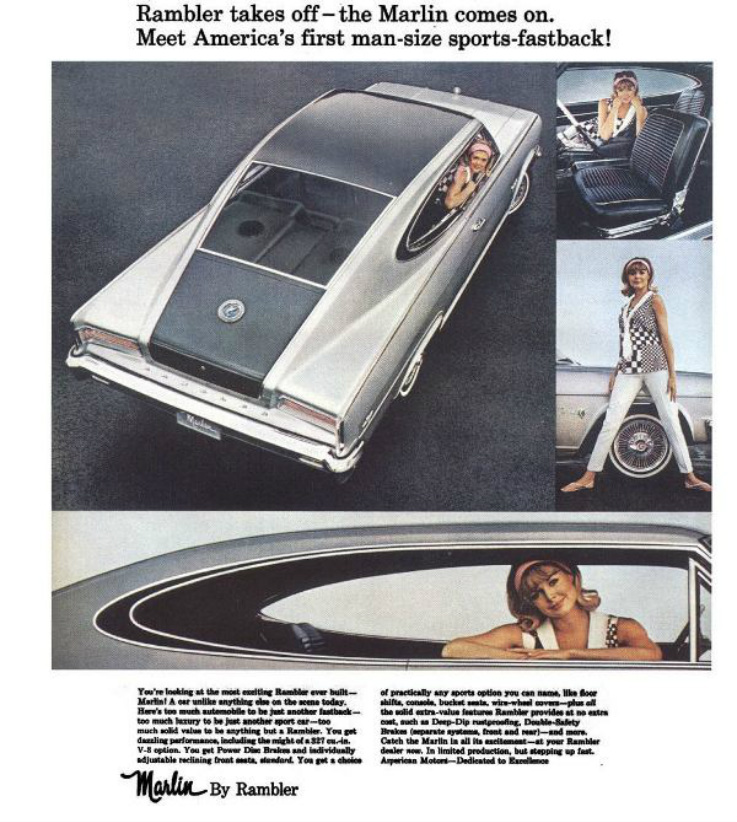